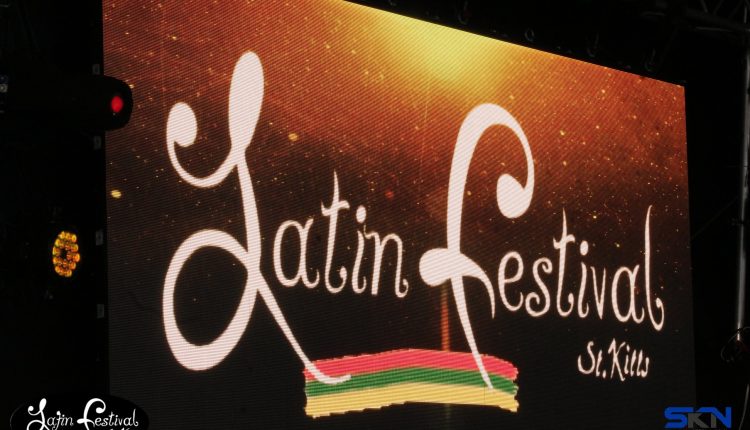 10th Edition of Latin Fiesta St. Kitts Poised to Be the Best Ever

The 10th edition of the Latin Fiesta is set to build upon the success of previous editions with the intention of creating a not to be missed event. This year’s week of activities promises to be one of the best ever.

Getting the ball rolling with what is sure to be an extremely exciting and captivating line-up, the Latin Festival St. Kitts is pleased to announce that the organizing committee has already confirmed that master of the bachata, Joe Veras, from the Dominican Republic and US Virgin Islands Reggae Sensation Pressure Buss Pipe will perform on the much anticipated Latin Fiesta on Sunday October 27, 2019.

CO-Chairman of the Latin Festival St. Kitts Committee Aiduleik Rodriguez, describing the Latin Festival St Kitts as the biggest of its kind in the region, revealed that the Latin Festival week of activities will take place from October 21 to October 27, 2019 under the theme “Latin Fiesta 10th Anniversary”. Aiduleik informed that additional artistes will be shortly announced. According to Rodriguez, the festival will feature not only captivating performances but also patrons will be treated to a dance competition, Kids Zone and there will be much more to expect.

Now entering its 10th year, the Latin Fiesta St. Kitts attracts both locals and visitors alike. It features a wide range of musical styles coupled with cultural education providing an experience like no other. The Latin Festival St. Kitts has been described as “the biggest and most exciting Latin based event in the Eastern Caribbean.” Stay connected with the Latin Festival St. Kitts by visiting our Facebook page at www.facebook.com/latinfestivalstkitts and our Website latinfestival.net