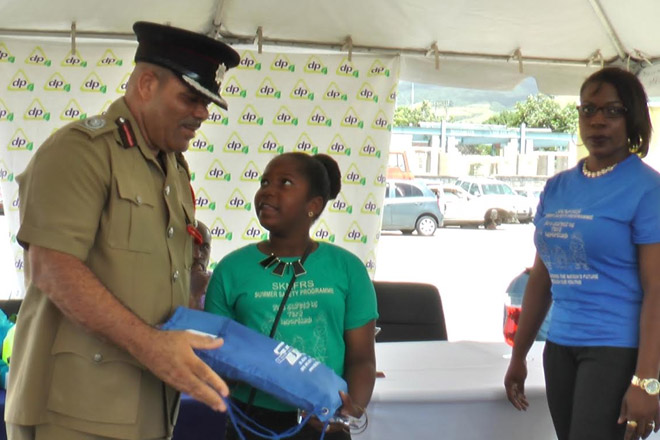 (ZIZ News) — Fire, water, traffic and disaster safety were among the issues addressed at this year’s Fire Summer Safety Programme which wrapped on Friday.

The event began on Wednesday July 13 with sessions in Basseterre, sandy point and tabernacle and Nevis.

On Friday the programme ended with a closing ceremony that saw parents, several companies, government officials and other stakeholders in attendance.

Permanent Secretary in The Ministry of National Security, Osmond Petty described camps like the summer programme as useful.

Island Manager For Delta Petroleum, Robert Liburd took a moment to note the companies commitment to the programme.

This year’s annual Summer Safety Programme was held under the theme, “Safeguarding The Nation’s Future Through Our Youths”.