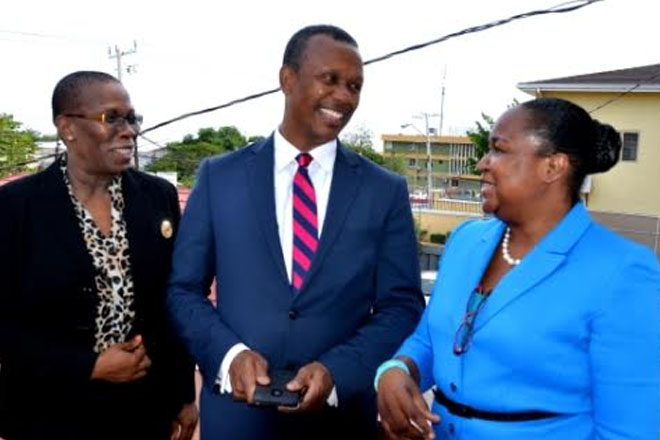 Kingston, Jamaica (JIS) – Since last year, the Government invested more than $150 million in outfitting school laboratories and workshops, and upgrading of teachers in the areas of technical, vocational education and training (TVET).

This is keeping with the emphasis on equipping students with the requisite training and skills demanded by the global labour market.

“The Government of Jamaica sees TVET as an important driver for economic development. As a result, a TVET policy has been developed and approved by the Minister of Education,” said Chief Education Officer in the Ministry, Dr Grace McLean.

She noted further that the Apprenticeship Act is being reviewed to allow for new provisions “to support an extensively modified (skills training) programme.” An apprenticeship board has also been appointed to lead this initiative.

Dr McLean, who was addressing a public lecture at the International University of the Caribbean in St. Andrew on July 28, said there needs to be a change in the negative perception associated with TVET in order for the training to be fully embraced in the mainstream education system.

“The perception continues to be negative amongst students, parents and the society in general. Despite a few advancements, Jamaica still has a far way to go in getting our stakeholders to see the importance of TVET,” she said.

She said that changing the perception will require, among other things, development of a TVET integration model, which introduces the training in such subjects from the early childhood stage through to the tertiary stage of educational development.

Dr Mclean also stressed the need for the Caribbean to integrate teaching of a technical nature.

“There is an overriding urgency for the Caribbean region to integrate general and technical vocational education and training. Competitive productive activity demands a highly educated and skilled labour force,” she said.

The lecture, under the theme: ‘Devolving TVET: a Model for Jamaica’, was organised by the Institute for Educational Administration and Leadership-Jamaica (IEAL-J).

EAL-J is a non-governmental, not for profit organisation committed to research and consultancy services in the fields of educational administration and leadership.

Among its aims are: to research leadership issues related to actors in education, such as teachers and principals and (b) to engage in activities aimed at building capacity in its members and therefore in society at large.