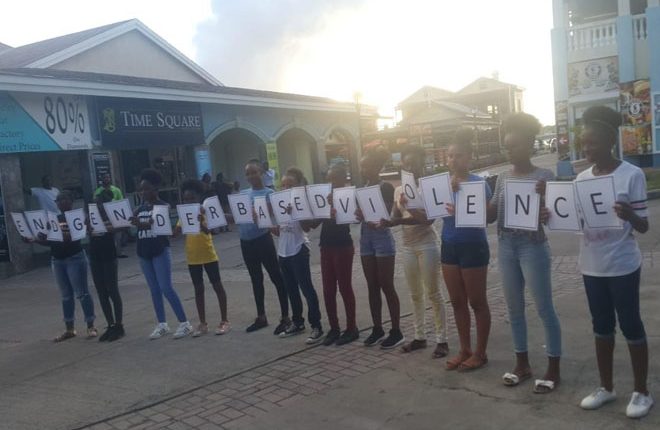 Basseterre came alive on Friday afternoon with a flash mob appearance from the drama club of the Basseterre High School.

During the flash mob, the students were seen holding placards that read, “End Gender Based Violence’.

The flash mob formed part of the Department of Gender Affairs activities organized in observance of the United Nations’ 16 Days of Activism against Gender-based Violence’ campaign.

The 16-day campaign was observed in the Federation from November 25 to December 10, and is designed to raise awareness of gender-based violence, prevent it wherever possible, and advocate for relief and justice for the victims

The ‘16 days of activism against gender-based violence’ campaign was held under the theme, “Orange the World: #hearmetoo.”