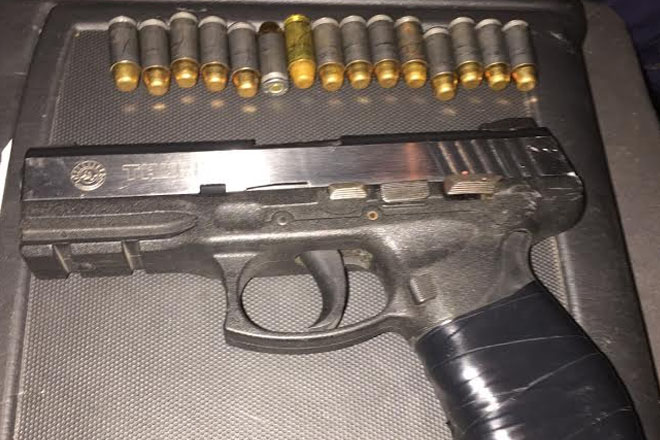 (ZIZ News) — Officers of the Royal St. Christopher and Nevis Police Force have removed yet another illegal firearm from the streets, bringing the total number seized so far this year to 19.

The latest find came Friday evening when officers of the Special Services Unit, during routine patrol, observed a male standing outside a property in the Conaree area.

A release from the Force’s Public Relations Department said the unidentified individual ran after officers attempted to engage him.

It went on to say that “during the process, it was observed that he removed a shiny object from his waist and threw it in some nearby bushes.”

The suspect managed to elude the officers, however, a search in the bushes resulted in the find of one Taurus .40mm semi-automatic pistol loaded with a magazine of 15 matching rounds of ammunition.

ZIZ News understands that the weapon was taken into police custody for ballistic examination.