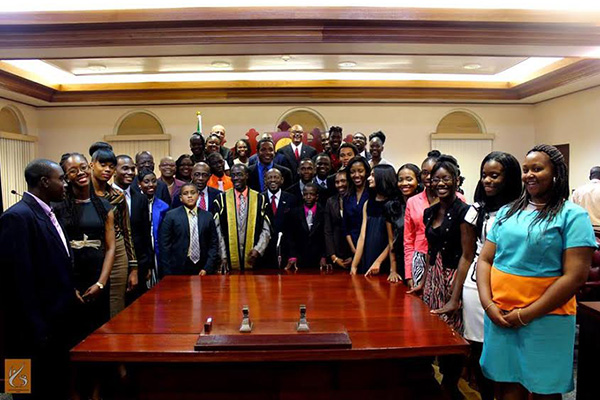 2013 Most Remarkable Teens to be showcased during September

Basseterre, St. Kitts (CUOPM) — The 25 Most Remarkable Teens for 2013 in the twin-island Federation will be highlighted by the Communications Unit in the Office of the Prime Minister (CUOPM) during September, Press Secretary to the Prime Minister, Mr. Erasmus Williams announced Wednesday.

“Celebrating 31 years of Independence is another golden opportunity to focus on some of our successes and the positive achievements of our youth are cause to celebrate,” said Williams.

He said two of the teens will be individually showcased daily during September.

The 25 Most Remarkable Teens were presented with awards at a Special Sitting of the St. Kitts and Nevis National Assembly, which unfortunately was boycotted by the members of the opposition, on November 27th.