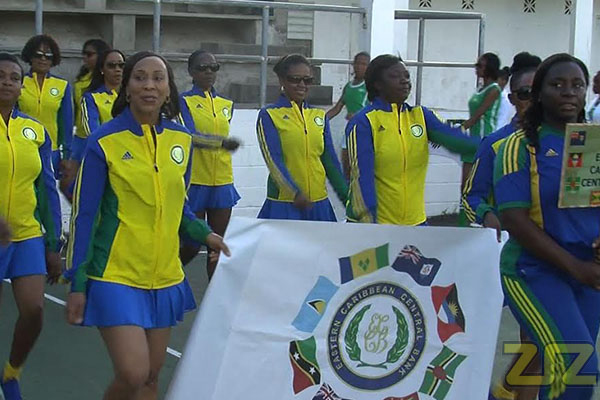 The teams gathered at the Pam Tyson Netball Complex for a march past and inspection by Minister Of Sport The Hon Glenn Phillip and other sport officials.

League President Juliet Hanley Liburd said netball has played a significant role in the upliftment of women in St.Kitts.

“This is not just a sport but our feminine haven, and the control of what happens to women in society. We are leaders, role models, and respect, therefore, is naturally demanded because of this sport,” she said.

Minister Phillip congratulated the Netball Association for its commitment to nation building and the development of people through sport.

He also recognized the contribution of former players who have now moved on.

“Today’s players stand proudly on the shoulders of those who have paved the way some have risen to lead the administration of sport and we thank them for their inspiration,” he said.

At the end of the ceremony a team of judges awarded the ECCB Netball Team for the best performance during the march past.

8 teams are taking part in this year’s netball league.