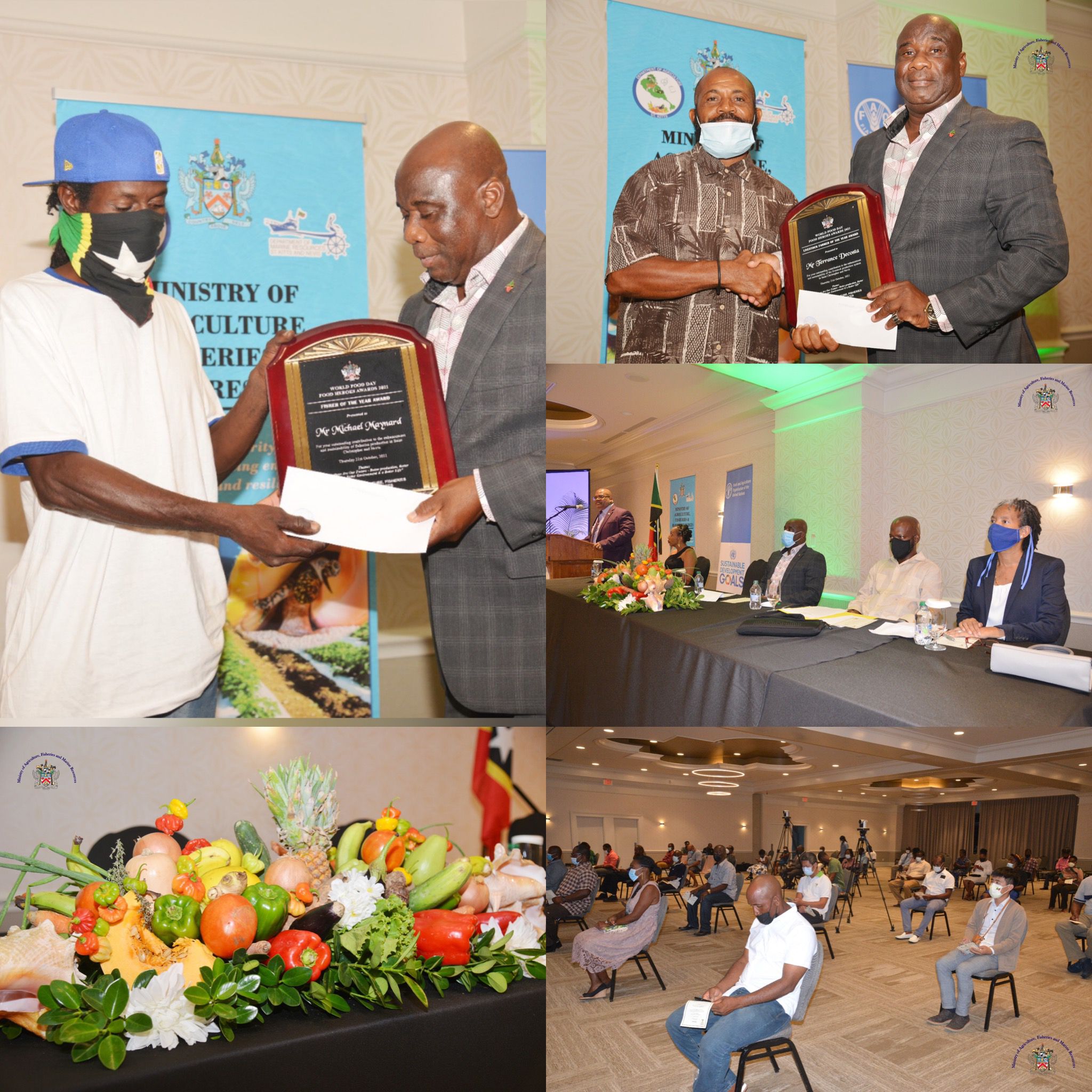 The fishers and farmers were referred to as ‘Food Heroes’ persevered through an extremely challenging pandemic that affected agricultural and fisheries sectors globally.

In his feature presentation, Minister of Agriculture, Fisheries and Marine Resources, Hon.  Alexis Jeffers highlighted the importance of food security and sustainability.

Awards were then presented in three categories; Crop division, Livestock Division, and  Fisheries.

Under the Fisheries Category, Darwin Francis was named Best Ocean Pelagics Fisher,  Everton Samuel was named Most Reliable Supplier to Basseterre Fisheries, Stuart Laplace was recognized for Best Advances in Aquaculture while Richard Dorsette was named Best  Cooperative Fisher with the Department of Marine Resources.

The prize-giving ceremony formed part of the Ministry of Agriculture’s World Food Day  Week of Activities which were held under the theme, “Our actions are our future. Better production, better nutrition, a better environment, and a better life”.