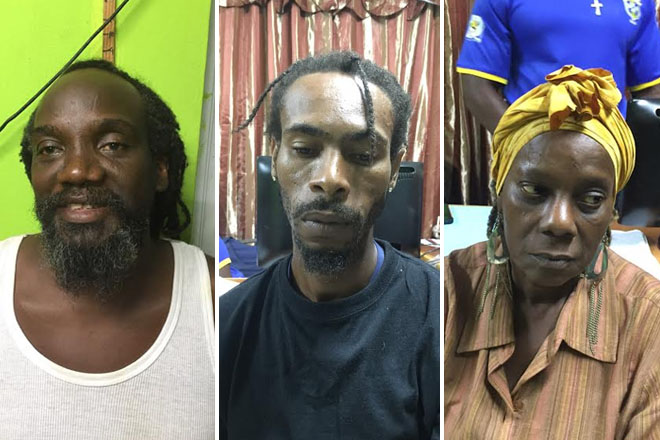 3 Charged In Sunday’s Seizure Of 1 Kilo Of Cocaine

According to reports, the seizure came following a joint operation that commenced at the Robert L. Bradshaw International Airport and ended with the arrest of the three persons at a residence in Buckley’s Site.

Walwyn, who is of Walwyn Avenue, Buckley’s Site and Archibald, who resides at Trafalgar Village were granted bail in the amount of EC$30,000 while Cooper, who resides at Herbert Street, Newtown remains on remand.