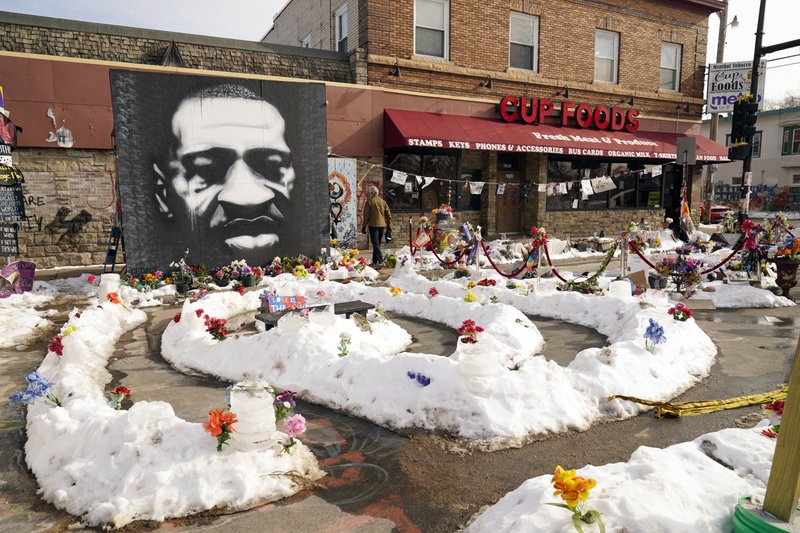 FILE – In this Feb. 8, 2021 file photo, A mural of George Floyd is seen in George Floyd Square in Minneapolis. The city of Minneapolis on Friday, March, 12, 2021, agreed to pay $27 million to settle a civil lawsuit from George Floyd’s family over the Black man’s death in police custody, as jury selection continued in a former officer’s murder trial. The settlement includes $500,000 for the south Minneapolis neighborhood that includes the 38th and Chicago intersection that has been blocked by barricades since his death, with a massive metal sculpture and murals in his honor. (AP Photo/Jim Mone File)