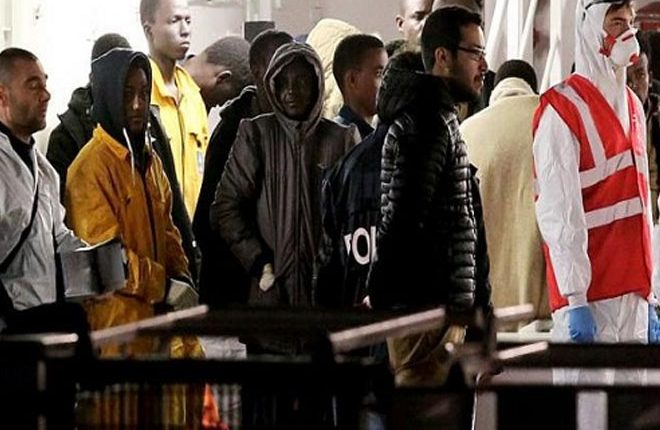 Catania, Italy (AFP) — The United Nations refugee agency has confirmed 800 migrants died in a shipwreck off Libya on Sunday after speaking to survivors of the disaster.

“We can say that 800 are dead,” said Carlotta Sami, spokeswoman for the United Nations High Commissioner for Refugees in Italy on Tuesday.

Representatives from the UN agency and the International Organization for Migration said they had interviewed the majority of 27 survivors, who described the moment the trawler carrying them capsized after a Portuguese merchant ship approached the vessel, causing a stampede.

One other survivor was taken to hospital in Catania, on Sicily’s east coast.

“There were a little over 800 people on board, including children aged between 10 and 12. There were Syrians, about 150 Eritreans, Somalians… They had left Tripoli at about 8 am on Saturday,” Sami said.

The survivors hailed from Mali, Gambia, Senegal, Somalia, Eritrea and Bangladesh, she added, and all had been taken to nearby holding centres.

The Italian coastguard said separately they had recovered 24 bodies and did not confirm the death toll.

Meanwhile Italian police said a Tunisian and a Syrian man among the survivors had been arrested due to suspicions they were members of a smuggling gang thought to have organised the fatal voyage.