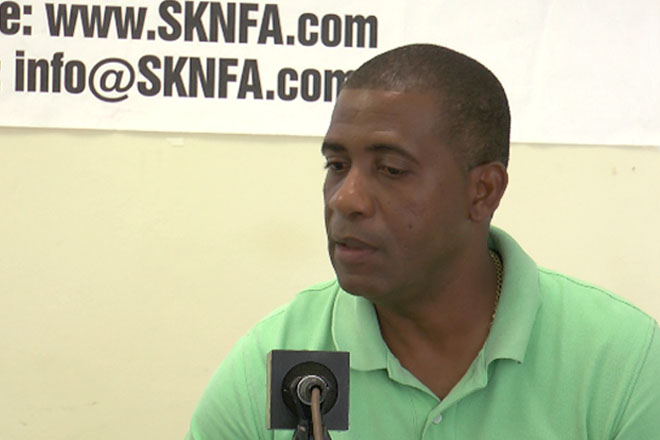 (ZIZ News) – The SKNFA’s Technical Development Director, Lenny Lake wants the Federation’s females to know there are academic opportunities available through the sport.

National footballer, Astonia Carey is one player benefitting from a football scholarship as she is now pursuing a degree in media at Concordia College in New York.

He added, “We sat down with the Ministry of Sports and drafted a Memorandum of Understanding and one of the things coming out of that is to have a primary schools female league.”

“I know right now you have the boys playing with one or two females girls in the mix, we’re saying let’s focus now on girls having their own league so that the Tucker Clarke, the St. Paul’s Primary, the Beach Allen they would have their own female teams going out and play in the primary schools competition to win the championships just like the boys,” he said.

ZIZ understands that the female competition will come on stream next year.