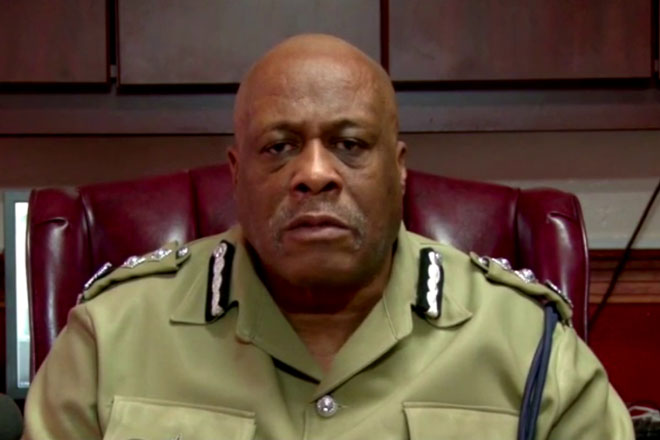 Acting Commissioner of Police promises to take criminals off the streets

(ZIZ News) — Acting Police Commissioner, Stafford Liburd is assuring residents and visitors to St. Kitts and Nevis that public safety is the number one priority of the Royal St. Christopher and Nevis Police Force.

Liburd, during a recent address, offered words of condolence to those who are bereaved as a result of recent homicides.

He also spoke of some of the initiatives that he and his team have employed to help tackle crime in the Federation.

“Over the past several weeks, we have been developing specific strategies to address public safety issues in the Federation. We started by looking at best practices internationally which has resulted in me, last month, inviting public safety consulting experts from the UK with considerable Caribbean policing experience. The timing of their arrival could not be better as we have had two senseless tragedies over the weekend,” he said.

Liburd described his staff as some of the most dedicated, committed and trained people anywhere in the world and said they will work tirelessly to apprehend criminals.

“It is our job to catch those that will try to steal the soul of our Federation through senseless acts of violence. To those who think they can steal the soul of our Federation, to those that think they can destabilize our neighbourhoods, your day has come to an end. We will find you. We will prosecute you and take you off the streets,” he explained.

Liburd said one murder is one too many as it is important that persons know that St. Kitts-Nevis is a safe place to live, visit and conduct business.

He said, “We have identified hot spots where we will coordinate efforts and department resources to prevent and detect crime. We know crimes are being committed and we will focus our efforts in preventing those crimes and pursue, arrest and bring to justice, those who choose to commit crime. We are implementing traditional and modern community policing methods in our neighbourhoods.”