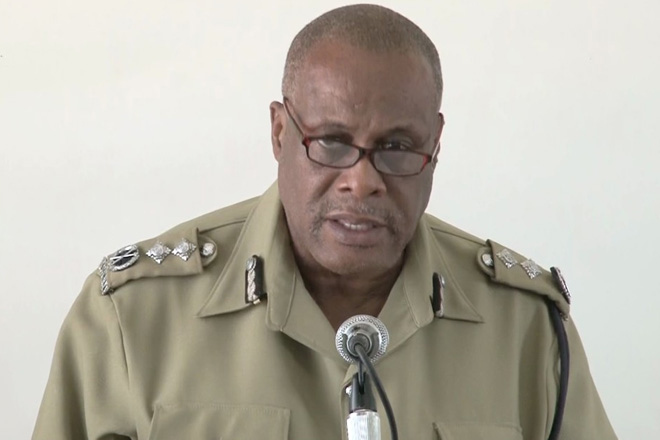 (ZIZ News) This week, during a televised address, Acting Commissioner of Police Stafford Liburd listed a number of initiatives that the Police Force had taken to combat crime in St. Kitts and Nevis.

Among those initiatives is increased police presence in hot spots.

“We have already begun to place extra police in key locations where crime is occurring. You will see the reassurance of officers near to the areas with lots of citizens, including schools. You will begin to see more officers walking the streets in key areas. You will see more patrol in key areas. I have instructed the deployment of a command vehicle. This will be a key element in addressing immediate and long-term public safety issues,” he said.

Liburd also gave an update on the placement of Closed Circuit Television [CCTV] cameras that will be mounted to record criminal activity.

“We are also seeking to harness new technology to fight crime, including effective use of modern CCTV throughout the island. Some of the cameras the public will see, some you will not. Criminals will be identified and have no rest in St. Kitts and Nevis,” he said.