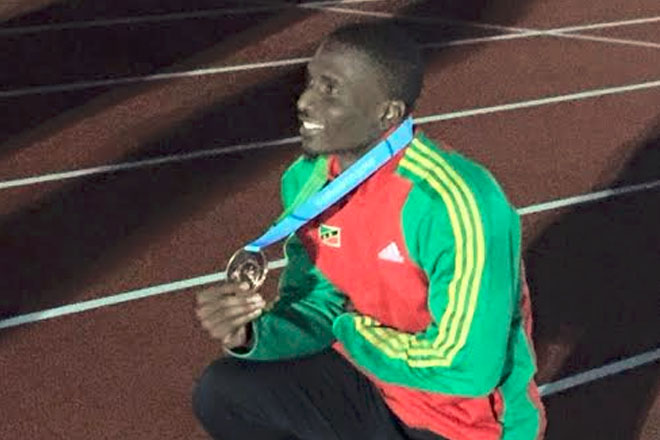 (ZIZ News) – Antoine Adams raced his way to his first individual medal at a global meet Thursday evening, when he took the bronze medal in the 100m finals of the Toronto 2015 Pan Am Games.

After placing second in his heat, Adams copped the bronze medal with a finals time of 10.09 seconds in the highly competitive contest.

Running in front his home crowd, Canadian Andre de Grasse claimed the top spot in a time of 10.05 seconds with Barbados’ Ramon Gittens securing the silver medal in 10.07 seconds.

It is the first medal won by the St. Kitts and Nevis delegation during the Toronto 2015 Pan Am Games.

Adams and Lestrod Roland will be representing the federation in the men’s 200m heats on Thursday.