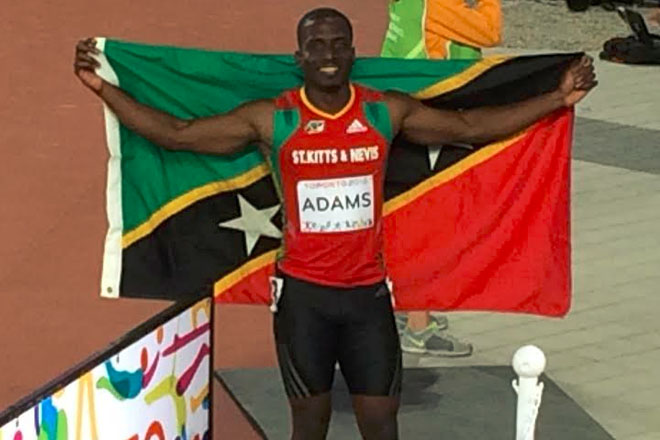 Adams to Compete in 200m Race at World Championships

(ZIZ) — Antoine Adams will be looking to book his spot in the IAAF World Championships Men’s 200m Semi-Finals on Tuesday.

Adams will be competing in heat number four alongside the likes of American Justin Gatlin and Jamaica’s Nickel Asmeade.

Adams’ personal best of 20.08 seconds makes him competitive in the line-up, with Gatlin (19.57) and Asmeade (19.85) being the only two competitors with better personal times.

He has a season best time of 20.47 seconds, which he clocked at the 2015 NACAC Senior Championships in Costa Rica earlier this month.

Adams walked away with the bronze medal in that same race.

Adams, along with Kim Collins and Brijesh Lawrence, failed to qualify for the semi-finals of the Men’s 100m earlier in the competition.