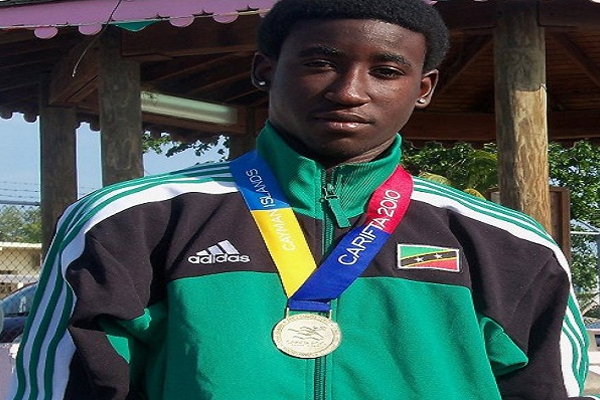 Sports Page — Adrian Williams, the noted Javelin thrower on Nevis, recently completed a personal best throw and in the process established a new Federation record in the javelin throw,

Williams was part of a contingent of athletes from the Federation of St. Kitts and Nevis who recently participated in an international meet held in Mexico.

Williams’ throw beat the previous federation record of 66.86 centimeters, as he established a new record with a throw measuring 66.87 centimeters.

Williams placed 8th out of nine persons in the senior event but is comforted in the fact that he established a new record.