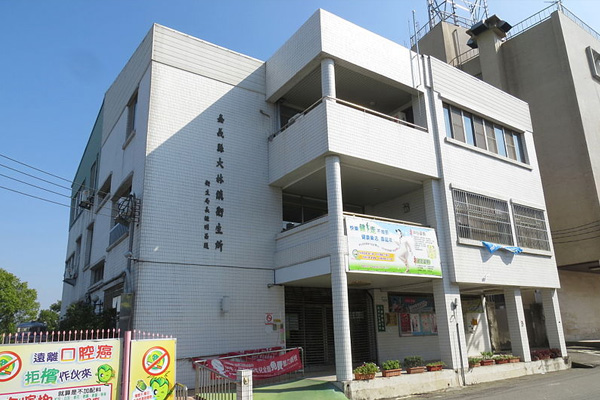 Basseterre, St. Kitts (CUOPM) – Taiwan is seen as a model for middle-income countries when its affordable health technology is assessed.

According to the Embassy of the Republic of China (Taiwan) in St. Kitts, Taiwan realized the goal of providing universal health care coverage by launching the National Health Insurance (NHI) program in 1995.

Covering 99.9 percent of the population, including prison inmates, the NHI gives patients access to care ranging from Western drugs and procedures to traditional Chinese medicine. The initiative was ahead of its time, with the World Health Assembly (WHA)—the decision-making body of the World Health Organization—passing in 2005 resolution WHA58.33, which urges states to develop health financing systems as part of efforts providing universal health coverage.

Among other things, WHA58.33 calls for universal health care systems to provide equal access to health resources. Treatment must be affordable to all, and that puts pressure on health care systems to control costs. Taiwan began conducting health technology assessments (HTA) to determine the suitability of new drugs within the financial context of the NHI system in 2007. HTAs were extended to medical devices in 2011 and to medical services this year. The assessments are used to support NHI Administration (NHIA) reimbursement decisions.

Taiwan’s HTA development process can be divided into one preliminary stage and two implementation stages. During the 1995–2007 preliminary stage, the Drug Benefit Committee (DBC) evaluated whether new drugs were suitable for reimbursement under the NHI system, but no formal HTAs were performed. In the first implementation stage from 2007 to 2012, the DBC evaluated dossiers from drug manufacturers and reports by HTA working groups operating under the Center for Drug Evaluation.

This analysis, which also includes studying HTA agencies in Australia, Canada and the UK, paid off in the second implementation stage. This began in 2013 when the Ministry of Health and Welfare established the National Institute of Health Technology Assessment (NIHTA), an independent medical nonprofit organization that conducts HTAs free from the influence of governmental agencies and manufacturers. The most recent development in the second stage is the establishment of the Pharmaceutical Benefit and Reimbursement Scheme (PBRS), a 29-member joint appraisal committee comprising government officials, health professionals, manufacturers and members of the public. The PBRS replaces the DBC as the final arbiter of a new drug’s suitability for the NHI system.

The NIHTA has four major characteristics. First, the institute prioritizes quality, efficiency and stakeholder satisfaction. Since the institute’s founding, that approach has earned the affirmation of manufacturers, medical service providers, the NHIA and the public.

Second, the NIHTA maintains its focus on quality while performing HTAs at relatively low cost. The institute is able to fulfill its mission, for example, on an annual budget equivalent to just 20 percent and 4 percent of the yearly funding for its Canadian and UK counterparts, respectively.

Third, the NIHTA’s independence from government and manufacturer influence ensures that it submits unbiased reports to the NHIA. In other words, the institute’s decision on a treatment’s suitability for reimbursement under the NHI program is based only on empirical evidence.

Fourth, extensive cooperation between the NIHTA and NHIA has resulted in mutual trust. Although the NIHTA does not make direct recommendations to the NHIA, the NIHTA’s reports have become vital reference materials for PBRS decisions on treatment suitability for the NHI system.

From 2007 to 2013, HTA working groups and the NIHTA helped the NHIA assess 204 new drugs, 38 breakthrough drugs, and eight medical devices, as well as provided 108 consultations to manufacturers.

In addition to its ongoing cooperation with the NHIA, the NIHTA recently began working with the Centers for Disease Control and Health Promotion Administration, both of which operate under the Ministry of Health and Welfare, as well as the Taiwan Blood Services Foundation in conducting policy assessments.

The NIHTA actively participates in global and regional organizations in order to promote institutional development and exchange experiences. For example, the institute was one of the founding members of HTAsiaLink, a network established in 2011 to support collaboration between HTA agencies in Asia. Today, the NIHTA is also a member of the International Society for Pharmacoeconomics and Outcomes Research (ISPOR) and Health Technology Assessment international. The institute was instrumental in bringing the ISPOR Asia-Pacific Conference to Taipei in 2012 and the upcoming 2015 HTAsiaLink annual conference to Taiwan.

Taiwan’s HTA experience has shown that outstanding results can be produced on an annual budget that is significantly lower than those found in many Western countries. For middle-income countries seeking to build an HTA framework, Taiwan’s NIHTA serves as a good model.