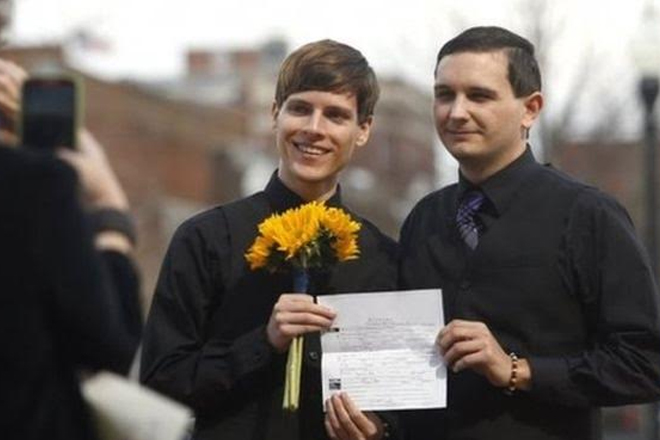 (BBC) The Chief Justice of the Alabama Supreme Court has urged judges in his state to deny marriage licences to same-sex couples.

Roy Moore’s administrative order defies a US Supreme Court ruling from June that legalised gay marriage across the United States.

The order claims that the US court had not explicitly lifted an earlier state ban on marriage licences for gays.

Rights groups have dismissed the order, saying it should have little effect.

The move stops short of commanding the judges to deny licences to same-sex couples.

Mr Moore, known for the monument of the Ten Commandments he erected in Alabama’s court building, is an outspoken opponent of same-sex marriage.

He was at the centre of a kerfuffle over the issue in February.

After a US District Judge ruled that Alabama’s constitutional and statutory bans on gay marriage were unconstitutional, Mr Moore informed judges across the state that they were not required to issue marriage licences to same-sex couple.

This move created widespread confusion, creating a patchwork of regions where licences were being granted and denied to gay couples.