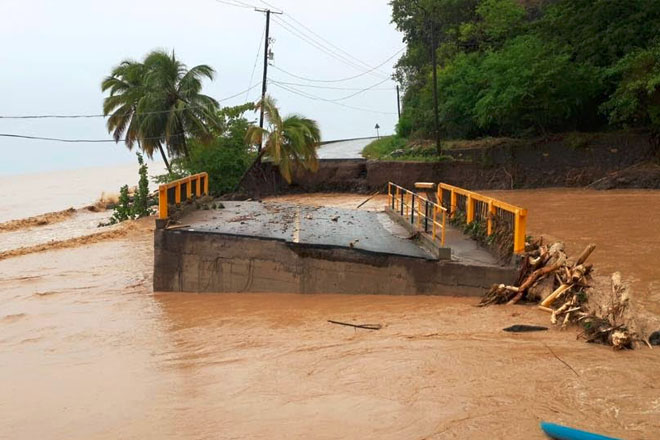 Basseterre, St. Kitts (SKNIS) — Member countries of the Bolivarian Alliance for the Peoples of Our America- Peoples’ Trade Treaty (ALBA-TCP) have expressed condolences to the people and government of the Commonwealth of Dominica for the regrettable loss of life, property and agriculture as a result of the fury of tropical storm Erika.

The member countries of the ALBA-TCP expressed full solidarity with the Dominican people at this time of hardship and sorrow and pledged to put at the immediate disposal of the Government of the Commonwealth of Dominica the necessary resources that are required to support relief efforts for victims and infrastructure affected by the passage of Erika.

Also, the Bolivarian Government of Venezuela indicated that it will coordinate the transfer of humanitarian aid from the member countries of the ALBA-TCP to Dominica through an airlift that has been established between Caracas and Roseau.

By coming to the aid of Dominica, the member countries of ALBA-TCP have reiterated their commitment to the values and principles that inspire the Alliance, while affirming their efforts in the construction of an ideology of the Caribbean as an integrated space to Spanish-speaking America in the pursuit of development, cooperation and fairness among all our peoples.