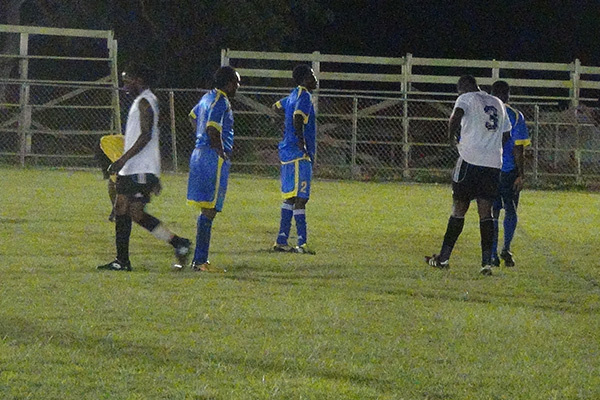 A sizeable crowd was present at the ET Willet Park on the evening of Sunday 12th January as All Stars engaged the Villa Int team in the local Football league.

There were some fleeting moments when the Villa team just seemed to dominate the control of the ball, but failed to put away the chances they received to score.

All stars on the other hand, dominated the play for the most part and also had a couple of missed opportunities and the Villa goalie also saved a few in spectacular fashion.

However, by the final whistle, the All stars men walked away with a convincing win, with a score line of 6 goals to nil in their favour.

The previous evening—Saturday 11th January, SSG Strikers got the better of Brantley Bronx united with a hard fought 2 to 1 scoreline.

This is expected to be a thriller.