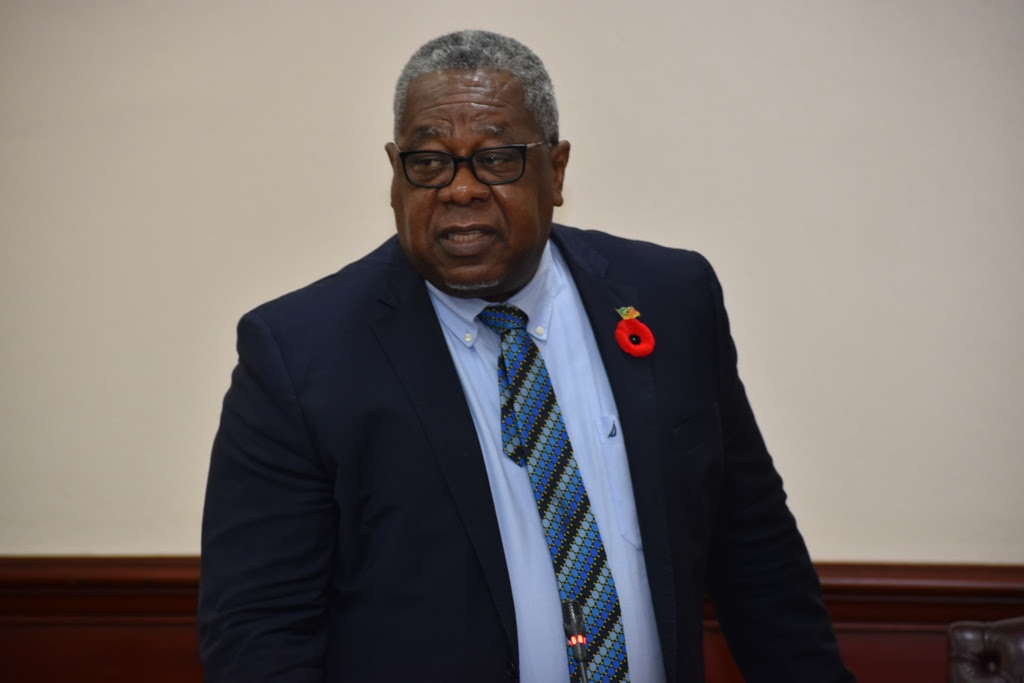 Amendments To Vehicles And Road Traffic Act Will Provide Safety And Security To All, Says Attorney General Byron

Basseterre, St. Kitts, November 10, 2021 (SKNIS): The amendments made to the Vehicles and Road Traffic Act Cap. 15.06, otherwise known as the Vehicles and Road Traffic (Amendment) Bill, 2021, will provide additional safety and security to all citizens and residents, said Attorney-General, the Honourable Vincent Byron Jr. while lending support to the debate during the November 10 Sitting of Parliament.

“The Bill is very short and is intended to provide for the safety and security of all of the citizens, those who drive motor vehicles, as well as those pedestrians and others who use our roadways. The Bill is intended to ensure that what has become an increasing mischief on our roads where individuals have taken it upon themselves to cover the windscreens of their vehicles, to darken them out so that no one can see inside… [is rectified],” said Attorney-General Byron.

Minister Byron said that there are two main challenges that the amendments seek to eliminate.

“It lends to the drivers of those vehicles to put themselves at jeopardy, as well as those who – other users of the road at night, in the rain and other ways – because the screen is so darkened that you do not always clearly see what is happening, and so it is a safety precaution that is being implemented with this very short, but very important amendment to the Vehicles and Road Traffic Bill,” said Minister Byron.

Attorney-General Byron touched on an important aspect put forward by the Mover of the Bill, the Honourable Mark Brantley, Minister of Foreign Affairs and Aviation, where he noted that the amendments also cater to law enforcement officers.

“It provides for those who do national security to be able to observe, if need be, those who are driving vehicles. Vehicles should not be darkened up so you can’t see inside the vehicle, so that people can do mischief from within a vehicle and get away with it because you don’t know who is driving,” said the attorney-general.

Minister Brantley said that it is “necessary sometimes for law enforcement officers to be able to make a very quick assessment of the level of risk associated with individuals” who occupy a vehicle.

The Vehicles and Road Traffic (Amendment) Bill, 2021, which was first read in Parliament on September 30, 2021, was successfully passed in the National Assembly on Wednesday, November 10, 2021.