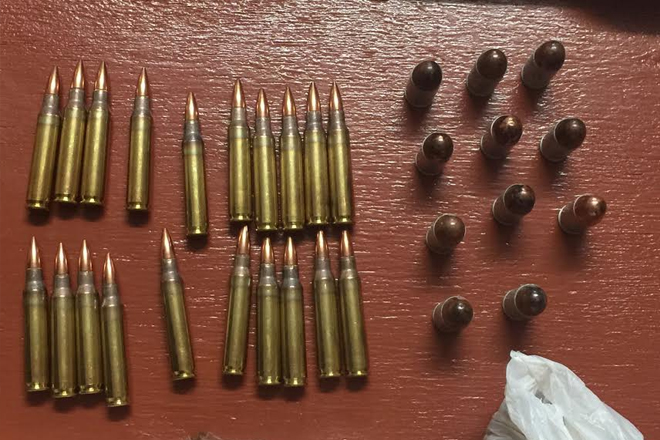 (ZIZ News) — The security forces have confiscated several rounds of ammunition and thousands of marijuana seedlings during recent search operations.

According to a police statement, on Friday the Royal St. Christopher and Nevis Police Force, The St. Kitts Nevis Defence Force and Her Majesty’s Customs and Excise Department conducted searches in the Shadwell, McKnight, and St. Johnson’s Village areas.

The targets were 11 locations suspected to be the hang outs of known gang members.

The officers found and confiscated 31 rounds of ammunition and two thousand cannabis seedlings.

According to the statement, to date police efforts have removed two illegal guns and over 50 rounds of ammunition from our communities.

Friday’s initiative brings the total of seized marijuana plants to over almost 4000.

According to the statement, Friday’s exercise formed part of “Operation Vice Grip”, one of the many combined and coordinated operations that will be executed by police in efforts to reduce violent crimes in the Federation.