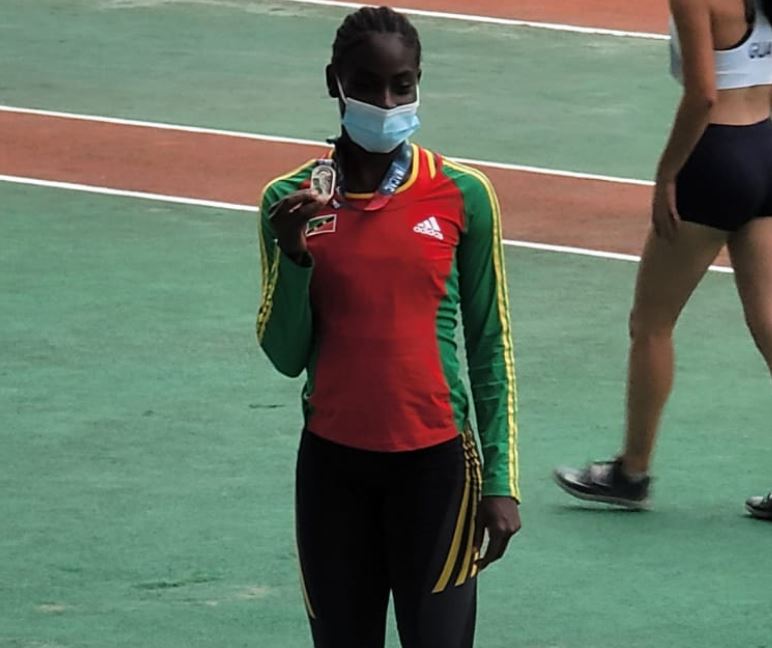 Amya Clarke clinched her inaugural spot to Tokyo by copping a silver medal in the Women’s under 23 100 meters dash with a time of 11.90 seconds.

Nevisian Leroy Chapman, who represented the Federation in the Men’s 400 meters final, placed fifth with a time of 50.12 seconds

The other two athletes who represented at the games, were Jahnaza Francis and Ian Liburd.

Amya Clarke will now join Jason Rogers, to represent the federation at the Tokyo Olympic games, set for July 23rd to August 8th at the Japan National stadium.

Rogers qualified at the American Track League in Atlanta, Georgia on July 09 with a time of 10.26 seconds in the Men’s 100m dash.