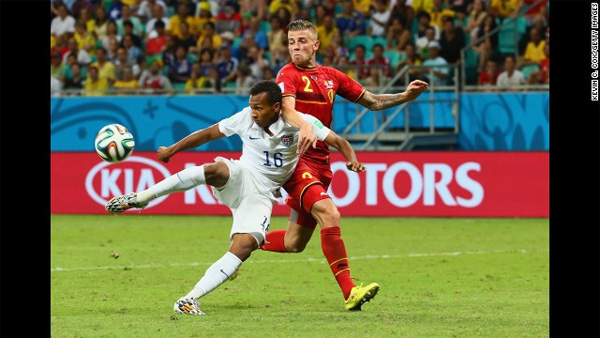 And the World Cup semifinalists will be…

CNN — We’ve had octopuses, camels and turtles providing World Cup predictions, but now a computer software program has got in on the act of forecasting football matches.

And, according to Microsoft, their recently released software program Cortana had a 100% success rate in predicting the winners in Brazil 2014’s round of 16 games.

Like Apple’s Siri, MIcrosoft’s virtual assistant Cortana — named after the AI character in its Halo video games and voiced by the same actress — is using a number of indicators to predict the winners of World Cup matches.

“For the tournament our models evaluate the strength of each team through a variety of factors such as previous win/loss/tie record in qualification matches and other international competitions and margin of victory in these contests” said Microsoft’s Bing blog.

One of the Cortana software developers Mouni Reddy tweeted: “If she gets the United States-Belgium game right we are officially living in the matrix.”