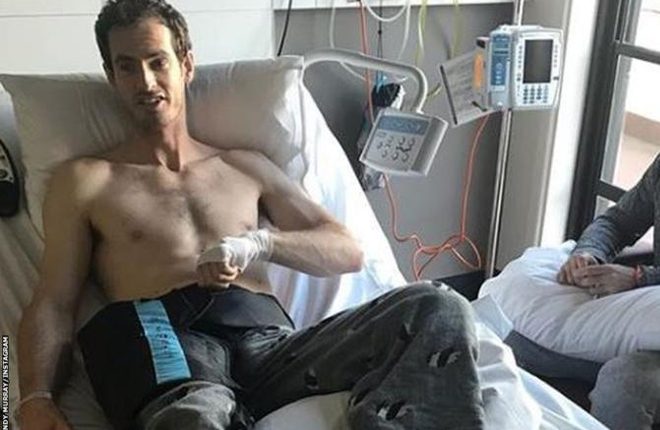 Andy Murray: British number one has surgery on hip injury

Britain’s Andy Murray has had hip surgery in Melbourne and says he hopes to be playing again in time for this summer’s grass-court season.

The former world number one, 30, has not played a competitive match since he was knocked out of Wimbledon in July.