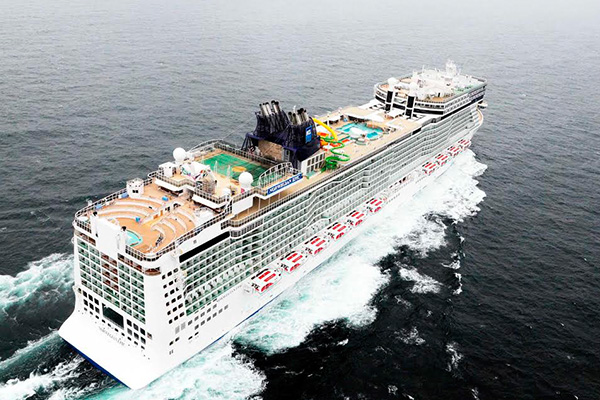 The 4,100-pasenger capacity Norwegian Epic is expected to dock at Port Zante at 9 am and remain until 6 p.m.

A plaque exchange ceremony between the Captain of the Norwegian Epic and officials of the Ministry of Tourism, the St. Kitts Tourism Authority and the ship’s agent is planned onboard.

The Norwegian Epic will be joined at Port Zante by the 2,680-paaenger capacity Costa Mediteranea, which also made its inaugural call last month and the 67-passenger Le Ponant..

The Norwegian Epic, which  surpasses the Jewel-class as NCL’s largest vessel by almost 60,000 gross tonnes represents the “third generation” of Freestyle cruising vessels and its size allows NCL to have a ship that is in the “mega-class” of their competitors at Royal Caribbean International and Carnival Cruise Lines, though still 32% smaller by gross tonnage than Royal Caribbean’s Oasis of the Seas and Allure of the Seas, the world’s largest and longest passenger vessels.

The Bahamas-registered 15-deck Norwegian Epic was launched in 2010.