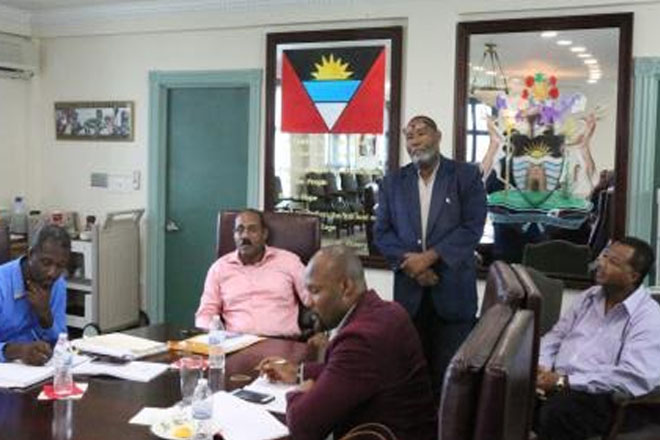 St John’s, Antigua — Complementing the call on Friday by Antigua and Barbuda’s newly appointed ambassador and nominee for the post of Commonwealth secretary general, Sir Ronald Sanders, for urgent international help for Dominica, the government of Antigua and Barbuda has donated US$100,000 towards the Dominica relief effort following the destruction and loss of life caused by the passage of Tropical Storm Erika last week.

In making the announcement, Prime Minister Gaston Browne added that the Antigua and Barbuda government is also sending a contingent of soldiers to aid in the relief effort along with the use of the coast guard vessel.

Following the storm, Browne sent a message of condolence to the prime minister of Dominica, Roosevelt Skerrit, expressing his government’s commitment to strengthening the ties of friendship between the two countries. He said that Antigua and Barbuda intends to work closely alongside the Caribbean Disaster Emergency Management Agency (CDEMA) to assist with the recovery efforts.

Browne also extended heartfelt sympathies and solidarity to Dominica during this period of loss and unfortunate devastation.

“I take this opportunity to commend the initiatives executed under your careful direction, particularly the efforts to secure the population of Dominica as the storm passed, as well as during the immediate aftermath of the storm. My government is confident that the resilience, fortitude and unwavering commitment of your people to survive against all odds will assist Dominica in renewing itself,” Browne’s note concluded.

Meanwhile, social transformation minister, and minister responsible for disaster services, Samantha Marshall, announced that government will be reopening the Antigua and Barbuda Emergency/Relief Fund at the Antigua Commercial Bank to give citizens and residents the opportunity to contribute towards the relief effort in Dominica.