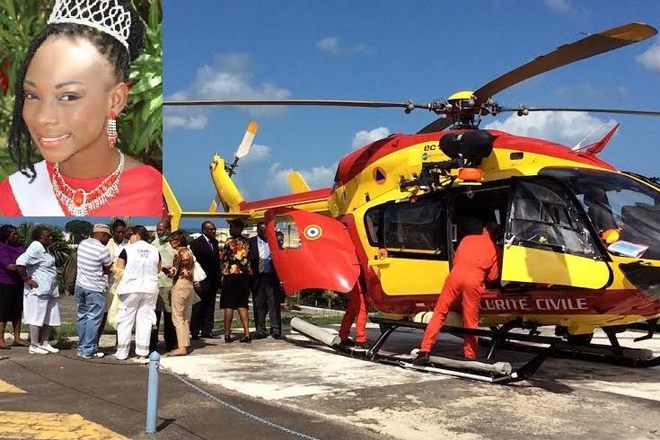 (Caribbean360) Antigua – The Government has stepped in to assist a 15-year-old girl who was allegedly set alight by her mother on New Year’s Day, and has sent the teenager overseas for specialist treatment.

Shaveesa Gasper suffered second and third degree burns about 60 per cent of her body when, according to reports, her mother threw kerosene on her and lit it.

Prime Minister Gaston Browne said that after hearing about what had transpired, he immediately instructed his Ministers of Health and Social Transformation to utilize the government’s resources to ensure that she received the best possible care.

The winner of the 2015 Teen Xplosion competition was flown out the country on Monday for treatment at a burn centre in Martinique.

“The patient was flown to Martinique . . . to be treated there and then she (will be) flown to Paris if that is determined to be needed,” Chairman of the Board at Mount St John’s Medical Centre (MSJMC), Bernard Percival told local newspaper, The Daily OBSERVER.

Minister of Health Molwyn Joseph said arrangements are being made for immediate family members to travel to be with Gasper.

“We have already secured flight arrangements in case she stays in Martinique for a couple days.

“And when she goes to Paris, we have already put those arrangements in place because it is important that the child be surrounded by her close family members at this time. She is going to be in a different place, surrounded by different people, so I think it will be reassuring for her to see family at her bedside,” he said.

The Shaveesa Gasper Page has been set up on Facebook to allow people “to share positive thoughts with her when she recovers”.