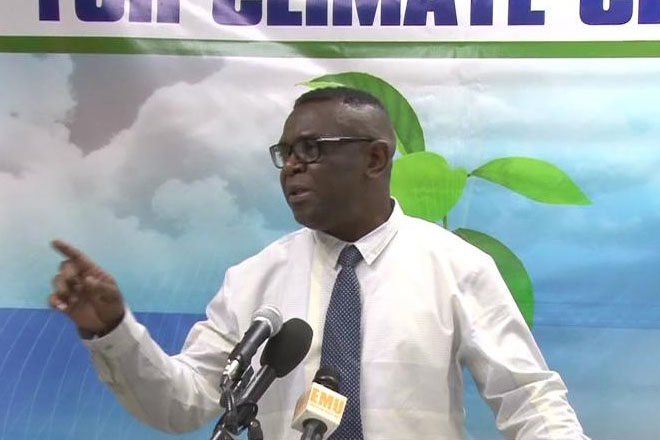 Basseterre, St. Kitts, May 28, 2019 (SKNIS): After serving 15 years as Secretary General of the St. Kitts-Nevis National Commission for UNESCO, Antonio Maynard, will be retiring on May 31, 2019, leaving behind a solid legacy.

Under his tenure, St. Kitts and Nevis became a more assertive and active actor in UNESCO since its inception as a member to this specialized UN agency in 1983.   Since then, the country has been a net beneficiary of its expertise and interventions, benefiting the entire community – citizens, government departments, and officials, NGOs, and local experts – via the implementation of the UNESCO’s programmes and activities in all aspects of the country’s national developmental efforts.

Mr. Maynard oversaw the UNESCO’s intervention in St. Kitts and Nevis  including  the provision of policy development advice to the Federation across its entire mandate – culture, science, education information communications – and the country’s participation in the various international, and regional conferences, meetings and fora, across the globe, funded by UNESCO.

Along with his long-standing  ‘partner’ on UNESCO affairs in Paris, Dr. David P. Doyle, Ambassador/Permanent Delegate of St. Kitts-Nevis to UNESCO, the notion of the Federation “leading the way at UNESCO”, has been at the instigation of, and guided much of their joint efforts in, St. Kitts & Nevis’ activities at UNESCO.

“The success in the tone and focus of St. Kitts and Nevis’ activities at UNESCO was in large part due to Mr. Maynard’s relentless pursuit of making sure that a tangible impact was felt on the ground in the Federation, with UNESCO expertise and assistance across cultural heritage, climate change mitigation, youth engagement and education activities, to mention but a few,” said Ambassador Doyle.

The Secretary General said that his close and business-like relationship with Dr. Doyle, and several Government, and UNESCO’s officials was critically instrumental in St. Kitts and Nevis’ ability to contribute at, and play a pivotal role at UNESCO, with some renowned successes here on the ground on the islands.

Mrs. Dorothy Warner will be taking the helm after Mr. Maynard’s departure.