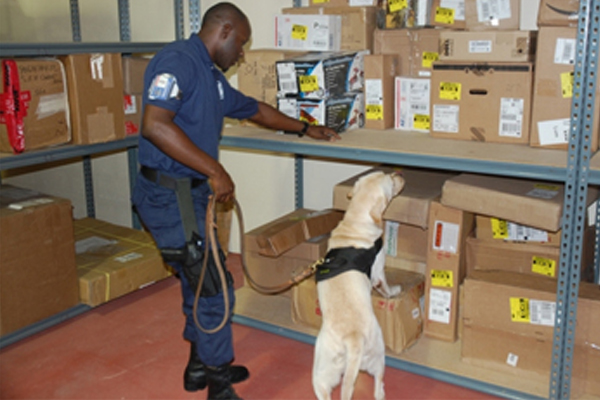 According to reports, a barrel recently cleared at the port facility at SCASPA’s Customs baggage was searched at a home in Sandy Point.

The barrel which contained food and other household items to include washing detergent was searched and during the search of the detergent officers found two packages that did not appeared to be properly sealed.

As a result those packages were examined and opened and had the contents removed. Upon removal three (3) firearms, magazines and matching rounds of ammunition were found, amongst the soap detergent wrapped in a plastic wrapping. The firearms are two (2) 9mm keltec semi-automatic pistols, a .380 calibre pistol and 13 rounds of ammunition and one (1) .38 special.

During the search just outside the residence, a male person, who was asked to assist in getting a container to pour the detergent into, fled the scene and is wanted in connection with the seizure.

The firearms and ammunition are in the custody of the police following the joint operation which also included HM Customs and Excise Department and their K-9 unit.

There was no immediate information where the barrel was imported from.