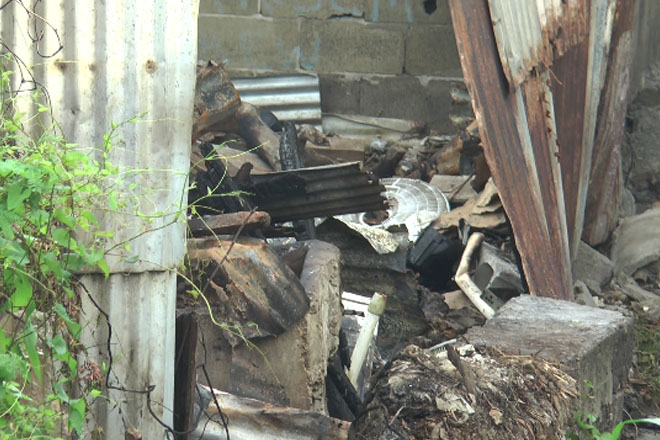 (ZIZ News) – An arson investigation is underway after an early morning fire severely damaged a house in an alley on the Bay Road.

According to the St. Kitts and Nevis Fire and Rescue Services Department, at about 1:37 am on Thursday, they received a report of a fire at Janet Alley, east of the Gardens Housing Project.

O’Garro said Rawlins and his girlfriend were in the house when the fire started.

He also noted that his team experienced difficulty putting out the fire and had to pump water from the sea.

O’Garro said the police are treating it as arson and one suspect is in custody.

No injuries were reported.