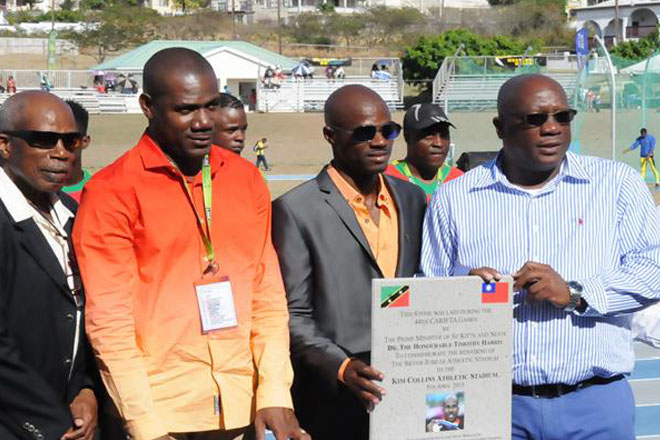 Sport and government officials were among those in attendance on Sunday afternoon for a ceremony to rename the national track stadium at Bird Rock in honour of sprint icon, Kim Collins.

The ceremony formed part of the 2015 CARIFTA Games taking place this weekend.

Speaking with the media earlier in the day, Collins said he was thrilled to be honoured in that way on his birthday.