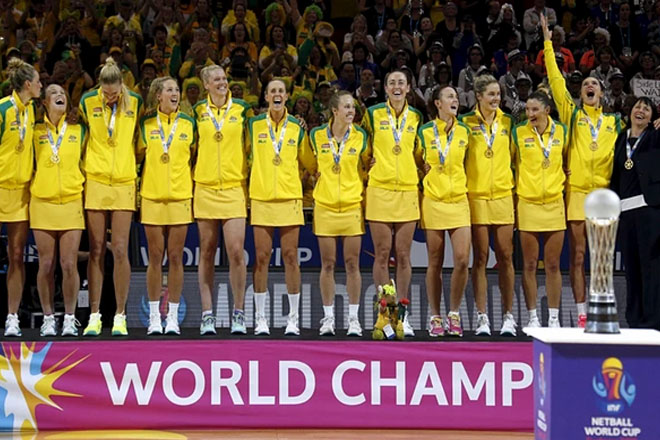 Sports Page — Australia captured the Netball World Cup for the 11th time, surviving a late fightback from New Zealand to win the final 58-55. This as the world Netball tournament concluded on Sunday.

The New Zealanders outscored the Australians in each of the last three quarters but were unable to erase a nine-goal deficit from the opening quarter.

Australian goal shooter Caitlin Bassett netted 48 of her 51 shots while goal attack Natalie Medhurst made 10 of 13 for the Diamonds.

The Silver Ferns had 11 more shots at goal than the Australians but were less accurate, with goal attack Maria Tutaia landing 38 of 53 attempts and goal shooter Bailey Mes draining 17 from 22.

For the Australians, the win marked their 11th title from 14 editions of the tournaments, dating back to 1963, and their third in a row.

New Zealand finished runners-up for the third time in succession after winning the tournament outright in 1967, 1987 and 2003 and being declared joint-champions with Australia and Trinidad and Tobago in 1979.

Trailing by five goals at the end of the first quarter, the Roses took the lead in the second quarter and cruised to victory, with goal shooter Joanne Harten chalking up 52 goals.