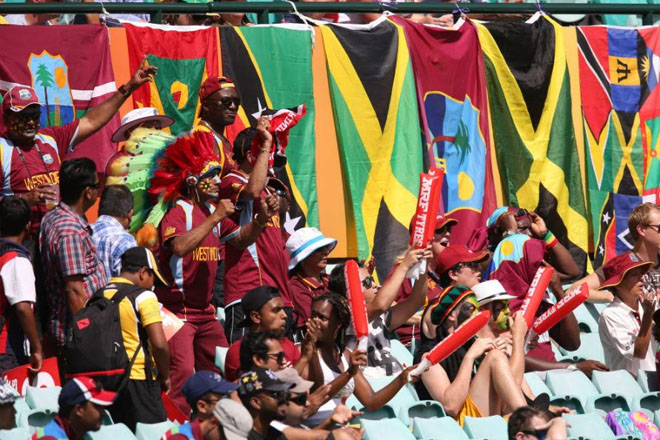 Australia, SA to tour WI for tri-series in 2016

(ESPN Cricinfo) – West Indies will welcome Australia and South Africa next June for a 10-match ODI tri-series, according to a press release issued Friday by the WICB. Three games each will be held in Guyana and St Kitts while the final four ODIs, including the final, will be held at Kensington Oval in Barbados.

“This tournament promises to be very exciting with two of the World’s top teams coming to the Caribbean,” said Roland Holder, WICB manager cricket operations. “It will provide a golden opportunity for our team to test themselves against two of the best sides in the world in the ODI format.”

Australia most recently toured West Indies in June, sweeping a two-match Test series to retain the Frank Worrell Trophy. Their last limited overs matches in the Caribbean came in March 2012 when they played five ODIs and two T20Is, along with three Tests. The two sides split the ODI series – with two wins each and a tie in the third ODI at St Vincent when Darren Sammy was runout with two balls to spare – and the T20 series as well. West Indies are set to tour Australia for three Tests in December and January, beginning December 10 with the first Test in Hobart but will not play any limited overs matches on the tour.

South Africa demolished the hosts on their last tour of the West Indies in 2010, sweeping two T20Is and five ODIs before claiming the three-Test series with a 2-0 scoreline. Only a drawn runfest in St Kitts kept them from going a perfect 10 for 10 on tour. Their last encounter with South Africa came in Australia at the World Cup in February when AB de Villiers struck the fastest 150 in ODI history to pave the way for a 257-run South Africa win, tied for the biggest margin of defeat by runs in World Cup history.

“Australia won the ICC Cricket World Cup on home soil earlier this year and South Africa are highly ranked in this format, but are also the No. 1 side in Tests,” said Holder. “These two sides have shared some fascinating rivalries not only in the ODI, but other formats of the international game in recent years.

“The regional audience, therefore, will have a rare chance to attend and see this strong rivalry played out before their eyes, so we expect them to pack the three venues and bring the noise and colour associated with the game in the region.”