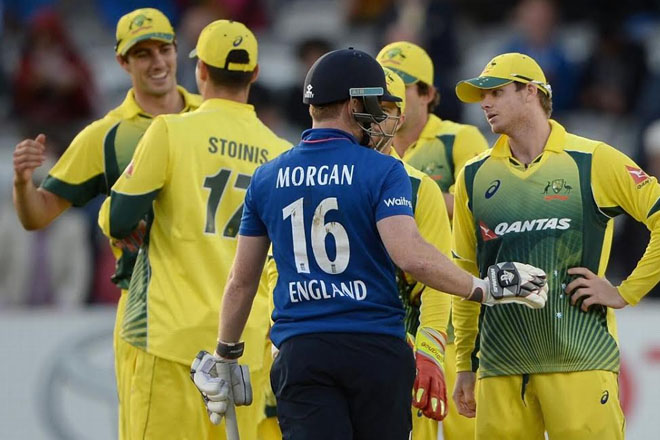 Australia win after Stokes given obstructing the field

Sports Page — Australia will head to Old Trafford with a 2-0 lead in this series after their 64-run win over England at Lord’s. They will also travel to Manchester with David Warner’s thumb broken and doubts over his availability for their next Test tour, Shane Watson’s calf strained and uncertainty over whether he can play again this series and the ire of all England after Ben Stokes was controversially given out obstructing the field.

As for the scores of the match, Australia rode to the fourth-highest ODI total ever achieved at Lord’s – 309 for 7 – thanks to half-centuries from Steven Smith, George Bailey and Mitchell Marsh. Eoin Morgan, who had sent the Australians in under cloudy skies, then did his best to salvage England’s chase with a near-run-a-ball 85, but just like in the first ODI, wickets fell and the target was too big.