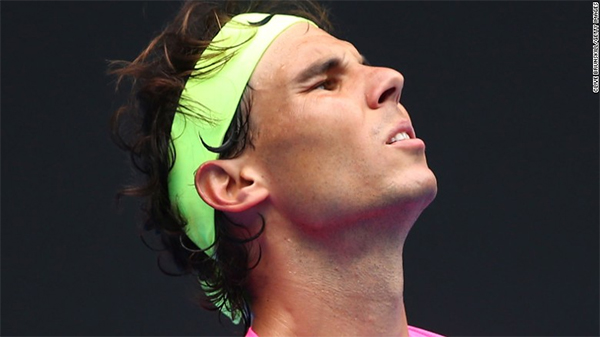 (CNN) — This time there was no escape for Rafael Nadal at the Australian Open.

The 14-time grand slam winner rallied to beat unheralded qualifier Tim Smyczek in five sets in the second round but he couldn’t come back against a better opponent, Tomas Berdych, in the quarterfinals Tuesday.

Berdych crushed Nadal 6-2 6-0 7-6 (5) thanks to a fine display of power tennis to end a 17-match losing streak against the Spaniard. One of those losses came in the 2010 Wimbledon final.