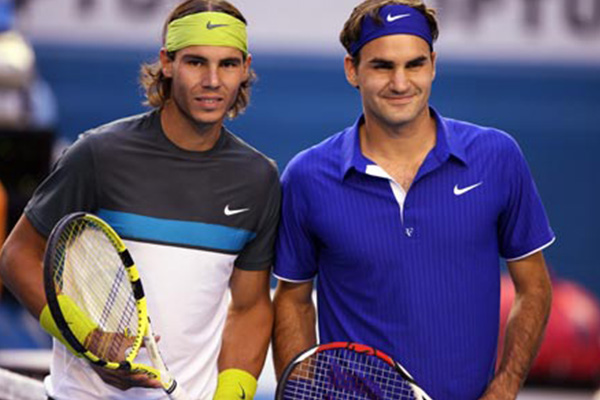 WORLD no. 1 Rafael Nadal holds a commanding 22-10 head-to-head lead over fellow Australian Open semi-finalist Roger Federer in what is widely regarded as the greatest tennis rivalry of all time.

Not since Pete Sampras-Andre Agassi; Ivan Lendl-John McEnroe; Boris Becker-Stefan Edberg; Jimmy Connors-McEnroe have tennis matches captivated the hearts and minds of fans the world over like Nadal-Federer.

The Spaniard, with the heart of a lion, has challenged Federer like no other since their first meeting almost a decade ago.

It would the beginning of an era in which Nadal would go on to win six grand slams playing Federer including four French Opens, the Australian Open and an epic Wimbledon.

Tomorrow night, on Rod Laver Arena a new chapter will be written in the storied Nadal-Federer rivalry.

Who will come out on top? Federer, one of the greatest ever, against a sore but bullish Nadal. Buckle up, it looms a wild Australian Open ride.