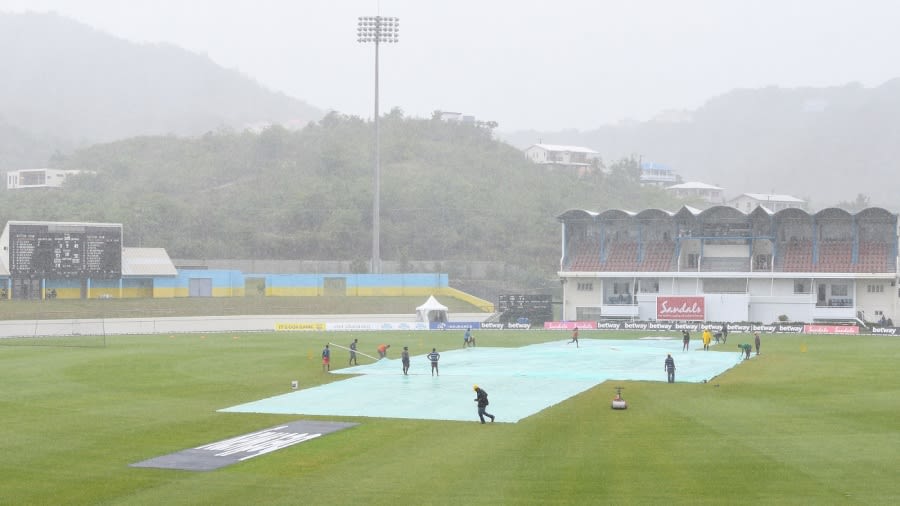 Australia’s preparations for the T20 series against West Indies are facing disruption with St Lucia bracing for the impact of a tropical storm over the next 48 hours.

The island will go into a lockdown early on Friday morning with Australia forced to cancel their training session at Daren Sammy Stadium. The bio secure protocols for the tour already mean the squad are not allowed to leave their hotel except for training and matches.

The storm, which has been named Elsa and has the potential to become a hurricane, currently has wind speeds of 45mph/75kph according to the St Lucia Meteorological Services, who issued a storm warning, and it is forecast to strengthen as it travels west-northwest.

“On the forecast track, the system will pass near Saint Lucia or over the Windward Islands on Friday and move into the Caribbean Sea late Friday,” the advisory stated.

“Elsa is expected to produce rainfall totals of 3 to 6 inches or 76 to 152 mm with maximum totals of 10 inches or 254 mm across the Windward Islands on Friday. This increases the potential for landslides and/or flash flooding. Residents and motorists in areas prone to flooding and landslides are advised to take necessary precautions.”

Having had Wednesday’s training session called off due to a storm, Australia managed to practice for the first time on Thursday and are hopeful they will be able to resume their full preparations over the weekend although that depends on the impact of the storm.