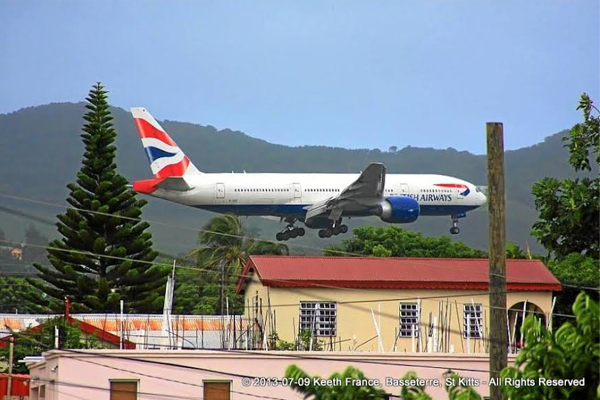 BA flights to St. Kitts on Wednesdays and Saturdays from late October

The St. Kitts Tourism Authority said the change will take effect from Saturday 26th October 2014 with the first Wednesday flight on October 29th.

She expressed her gratitude on British Airways’ on-going commitment to the St. Kits and Nevis destination, while citing the special relationship already developed.

“We warmly thank British Airways for their ongoing support to St. Kitts. We have a very high regard for the team from British Airways. This solid partnership supports us in our efforts to increase tourist arrivals substantially from the UK and European markets and, more significantly, to help us maintain the upmarket quality of the St. Kitts brand image,” CEO Brown said.

A three-class service is operated from London Gatwick, with a capacity of 102 Premium seats and 124 World Traveller seats.