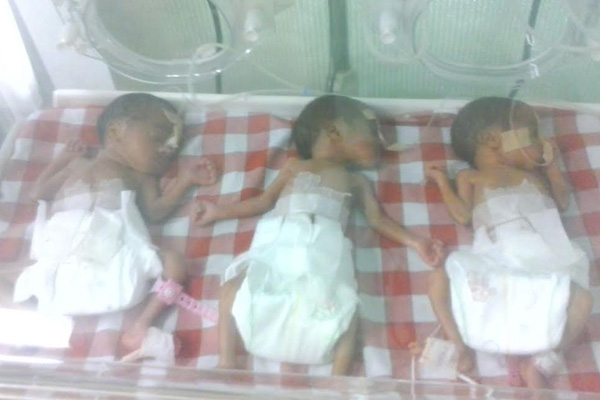 According to Huggins, the baby girls, named Faith, Hope and Charity were born prematurely at 7 months.

Huggins expressed her joy at having triplets and gave her reason for giving her babies such powerful names.

“I am happy and excited. They are named Faith Hope and Charity. Faith is two pounds and five ounces, hope is one pound and 15 ounces and Charity is two. I chose to name them Faith, Hope and Charity because they are blessings.”

The triplets were born at the Joseph n. France General hospital on September 4th.