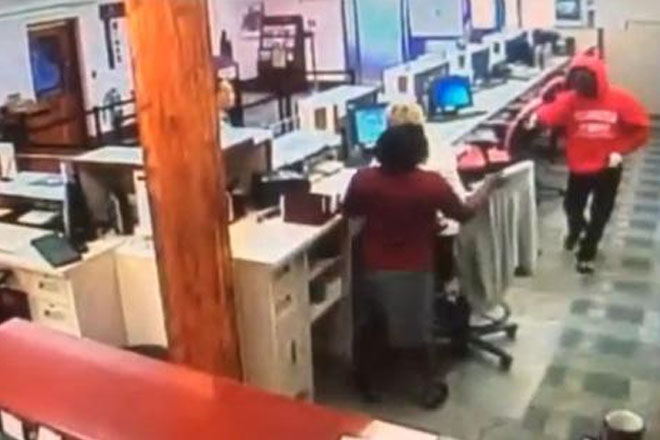 Hamilton, Bermuda — An armed robbery that occurred at Butterfield Bank in the Old Town of St George’s, Bermuda, just after noon on Tuesday was caught on security CCTV footage, which somehow found its way into the public domain.

While the bank is investigating the origin of the breach, the Bermuda Police Service has solicited assistance from the public in identifying the individual that is captured in that footage.

Senator Renee Ming said the incident had shocked the community.

“We are thankful that no one was harmed and remain confident that the Bermuda Police Service will catch the perpetrators in due course,” Ming said.