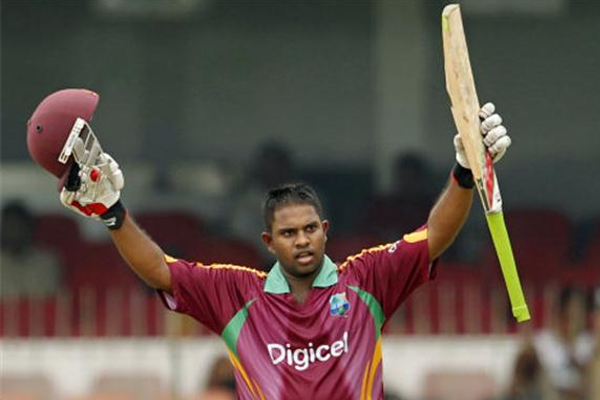 Barath taking sometime away from cricket

Port of Spain, Trinidad — Trinidad and Tobago opening batsman Adrian Barath will most likely miss the rest of the West Indies Cricket Board Professional Cricket League (PCL) after writing to the T&T Cricket Board (TTCB) asking for some time off from the game.

The 24-year-old right handed opening batsman, Barath, who has been an integral part of the T&T squad since his senior debut in 2007, was left out of the T&T Super50 training squad and has missed the Red Force’s four PCL four-day matches so far.

Although the Trinidad and Tobago Cricket Board has not officially said anything about Barath’s absence, the Express understands that the opening batsman, who was one of the first ten players contracted by the TTCB ahead of the new PCL competition, wanted some time away from the game.

Barath has struggled to regain his form after hitting a century on his West Indies Test debut against Australia in 2009. He has played 15 Test scoring one century and four half centuries.

He also played 14 One Day Internationals for the West Indies scoring one century and one fifty.

The right hander last played Test and ODI cricket for the West Indies in 2012 and was dropped from the T&T four-day side after an inconsistent run in 2013 before he was brought back for the four-day final which T&T lost against Barbados.

Barath is the second senior player to pull out of the T&T Red Force side for the PCL four-day tournament.

The first was Guyanese player Ramnaresh Sarwan who also did not feature in T&T first four four-day matches due to injury.

The Guyanese middle-order batsman was supposed to stabilize the inexperienced T&T middle order, which has failed to deliver so far this season while Barath would have provided another batting option at the top of the innings.

No replacement players have been announced but the Express understands that the TTCB are trying to negotiate with both Barath and Sarwan in the hopes of having them available for some part of the season next year.