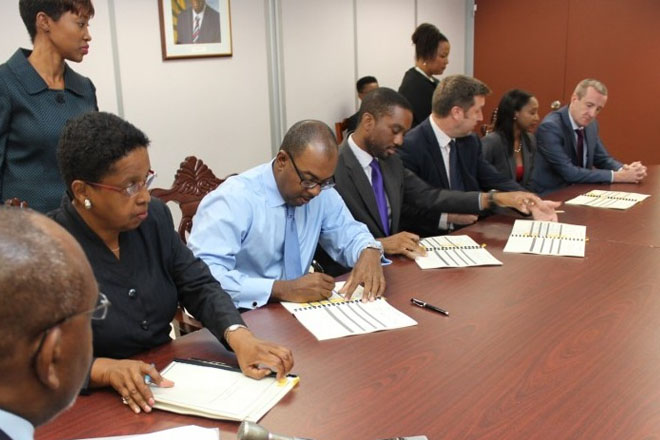 Representatives of Cable and Wireless (Barbados) Limited, Digicel (Barbados) Limited and Columbus Barbados were all signatories to the document, and the signing ceremony was witnessed by minister responsible for telecommunications, Senator Darcy Boyce.

These will accrue because by establishing the Barbados IXP, locally-generated internet traffic destined for local recipients will no longer have to go via the internet exchange point in Miami, but will be done locally.

He said that Barbados will also be able to improve the speed of communication with its Caribbean neighbours as more of them establish their own IXPs. Grenada, Haiti, Cuba, Dominica and St Lucia are among countries which already have IXPs.

The service providers all welcomed the initiative. Chief financial officer at Cable and Wireless, Patrick Hinkson, described it as an important step for Barbados, and promised that customers would experience vastly improved connectivity.

Niall Sheehy, managing director of Columbus Barbados, said that he was happy to work alongside Cable and Wireless and Digicel to make BARIX a reality since its establishment was a major step towards positioning Barbados competitively, while Mark Linehar of Digicel looked forward to the advantages that BARIX would bring to Barbados.