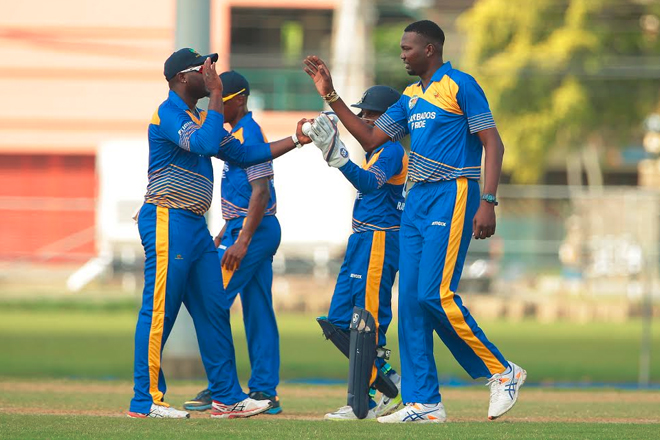 (ZIZ News) – Kraigg Brathwaite’s unbeaten half-century helped Barbados Pride overcome a few stumbles as it beat ICC Americas by four wickets to climb back into the race for a semi-final spot in the Nagico Super50 Tournament on Wednesday.

In pursuit of 203 for victory, Pride found themselves two wickets down and without a run on the board, after fast bowler Timroy Allen removed Shai Hope and opener Dwayne Smith for ducks.

However, Brathwaite steadied the ship as he stroked 86 not out from 101 balls that included nine fours, to guide his side to victory in the 37th over. His performance earned him the man-of-the-match award.

Brathwaite, coming off the recent tour of Australia, said he backed himself to get the job done for his team, adding that the focus is now on securing a playoff spot.

Jonathan Carter was the pick of the bowlers for Barbados with 4 for 37 from 9.4 overs, while Jason Holder grabbed two wickets.