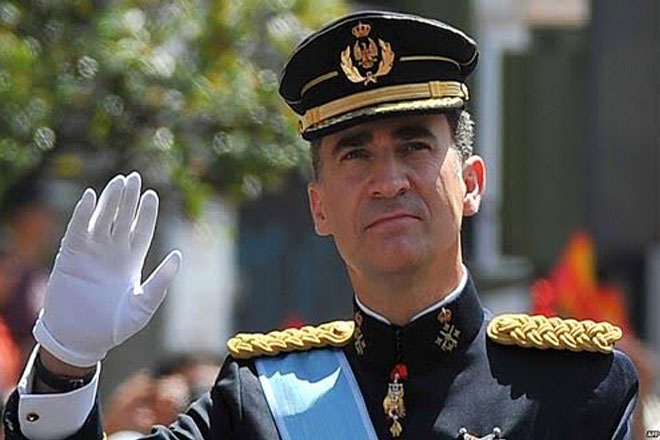 The state Higher Sports Council proposed the sanctions for “behaviour whose aim was to transform the sporting event into a stage for political demands through intolerant acts”.

These included “whistling the national anthem and His Majesty the King”, patron of the cup, the council said in a statement.

It also proposed a 123,000-euro fine for the Royal Spanish Football Federation as organiser of the Copa del Rey final at Barcelona’s Nou Camp ground on May 30, which Barca won 3-1.

Fans of both sides drowned out the Spanish national anthem with boos and whistles at the start of the match as Felipe stood solemn-faced.

The controversy came at a time of high political sensitivities, with Catalan leaders campaigning for independence from Spain ahead of a key regional election expected in September.

The sports council’s Antiviolence Commission set various administrative fines for the whistling and for alleged security shortcomings including the burning of flares.

Those targeted by the fines can appeal against them to the state authorities, who will hear their claims before making a final ruling, a council spokesman told AFP.

The fine against Barcelona consisted of 6,000 euros for failing to take sufficient action beforehand against groups that called the protests, and 60,000 for security breaches.

FC Barcelona called the council’s decision “unjust and unacceptable” and said it would challenge both parts of the fine.

The European and Spanish champions “will defend the freedom of expression of its members and fans,” it said in a statement shortly after the council announced its decision.

“The events in the Nou Camp reflected a feeling. They were not organised nor channelled by the club but the club totally respects them.”

The commission issued an 18,000-euro fine against Athletic Bilbao for failing to crack down on fans who announced their planned protests ahead of the match.