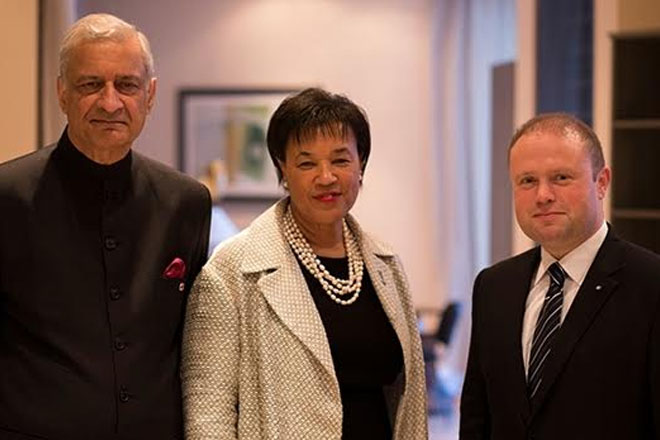 Her election today at the meeting of the Heads of Government culminates a bruising two-year battle which saw her pitted against Antigua’s nominee Sir Ron Sanders.

While she was nominated by her home country Dominica, critics saw her as London’s nominee as she is a peer and held a senior Cabinet position in the British government.

This year, it was the Caribbean’s turn to nominate a candidate based on the principle of rotation.

Sanders’ nomination attracted support from the majority of CARICOM countries but Dominica held steadfastly to its nominee and was reportedly supported by Barbados and Belize.