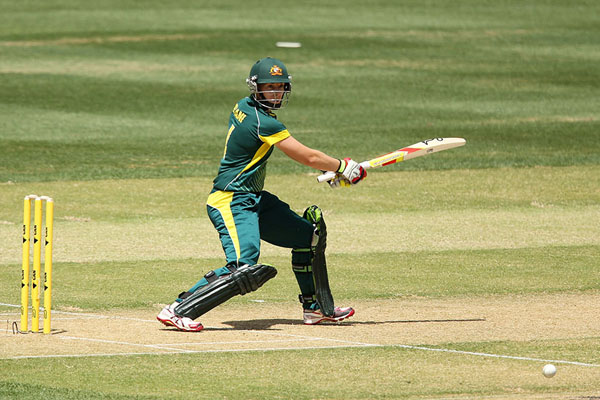 Sports Page — Australia Women took a 2-0 lead in the four-match T20 series after their bowlers backed up strong work by their top three batsmen in setting West Indies Women an imposing target of 161. West Indies never got going and only managed 74 for 9, with only three of their batsmen getting into double figures. Legspinner Kristen Beams, playing only her third T20, picked up three wickets, two of them stumped.

Sent in to bat, Australia began briskly, with openers Elyse Villani and Jess Jonassen putting on 93 for the first wicket, off 68 balls. Both were out within 13 balls of each other, with Villani scoring a half-century, but Meg Lanning quickly restored Australia’s momentum, powering them to 160 with an unbeaten 26-ball 45. Legspinner Shaquana Quintyne, West Indies’ most successful bowler, picked up two wickets but went for 32 in her four overs.