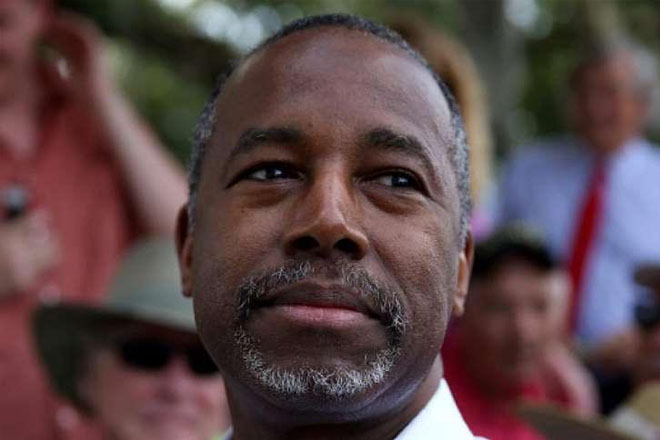 (The Week) – Donald Trump has been dethroned — at least in Iowa. A new Quinnipiac University poll out Thursday shows that Ben Carson now leads the GOP presidential field in the Hawkeye State by an 8 point margin, winning the support of 28 percent of likely Republican caucus-goers to Trump’s 20 percent. That’s a big reversal and a big drop for Trump, who just last month led Carson in the state 27 percent to 21 percent, Politico reports.

The poll’s good news for the retired neurosurgeon didn’t stop there, either. As Quinnipiac University Poll’s assistant director Peter Brown put it, the latest poll revealed that Carson has “almost unheard of” favorability numbers. “Those who know Carson seem to like him. He has an almost unheard of 84 – 10 percent favorability rating among likely Republican caucus-goers, compared to Trump’s 53 – 43 percent rating,” Brown said. “To borrow the line from Madison Avenue, ‘almost no one doesn’t like Ben Carson.'”

The poll’s margin of error is plus or minus 4.1 percentage points.