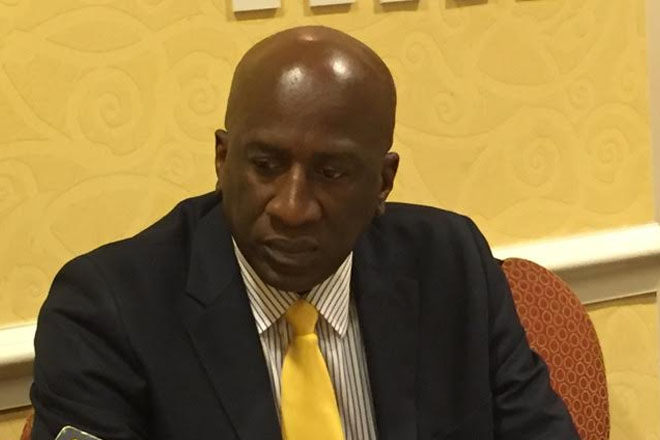 Benefits of the Caribbean Association of Banks Conference

(ZIZ News) – Banking officials and service providers are meeting in St. Kitts, this week, to discuss issues that would affect how they do business in the future.

The two-day Caribbean Association of Banks Conference began with an official opening ceremony on Wednesday night at Government House and will continue with meetings at the St. Kitts Marriott Resort for the rest of the week.

Donald Thompson, Chairman of the Local Organising Committee, spoke with the media on Thursday, outlining how the information would trickle down to the average consumer.

“How do you protect your institution from cyber-crimes and for that, we would have Bank of New York talking about that. Visa will be coming in to talk about emerging payment mechanisms. And so it would allow banks to delve in the area of what are some of the new payment mechanisms that be used and that can maybe even reduce the cost of making a transfer,” Thompson explained.

Joanna Charles, Chairperson of the Caribbean Association of Banks, said more than two hundred persons are expected to arrive in St. Kitts for the conference and this would bring economic spinoffs for the country.

The conference is being held under the theme, “The Financial Services Industry at Cross-Roads: Where to from Here?” And among the topics to be discussed are money laundering, correspondent banking, and international regulations for Caribbean indigenous banks.